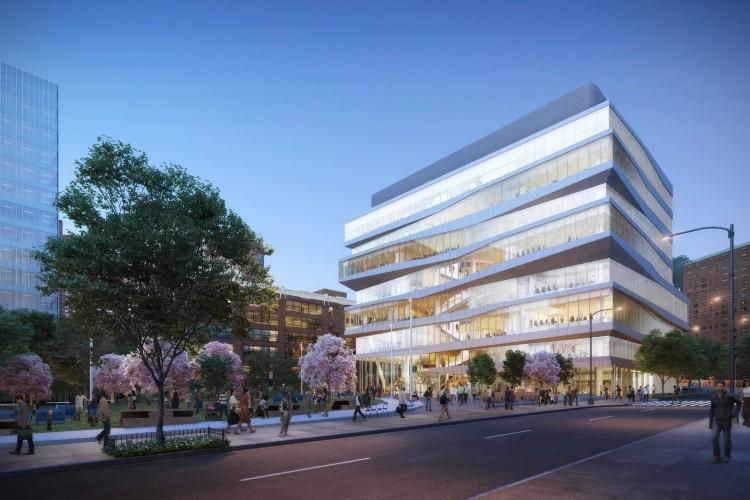 Mr. Geffen, through the David Geffen Foundation, has pledged $75 million to support the School’s new facilities, which are nearing completion and scheduled to open to students in January 2022. One of two new Business School buildings will be named David Geffen Hall. The eight-story structure will house dedicated spaces for academic programming, study groups, and formal and impromptu meetings, serving as a conduit for student collaboration and networking. David Geffen Hall will face its architectural companion, Henry R. Kravis Hall, from across a central square. Henry R. Kravis Hall was named in recognition of the essential support Mr. Kravis (’69) has provided for the Business School’s new home and his leadership as co-chair of the Business School’s Board and in a variety of other capacities.

The two new buildings will double the School’s current square footage, allowing for the re-imagination of business education in dynamic, flexible and natural light-filled spaces designed to foster learning and collaboration.

“As we begin the new academic year and the return of students and faculty to all of our campuses, we could not be more pleased to be opening the two new Columbia Business School buildings in Manhattanville,” said Lee C. Bollinger, Columbia’s President and Seth Low Professor of the University. “We’re enormously grateful to David Geffen for his support of the School and his embrace of the adaptive and forward-looking approach to business education we are taking.”

Editor's note: A version of this article was originally published by Columbia Business School.