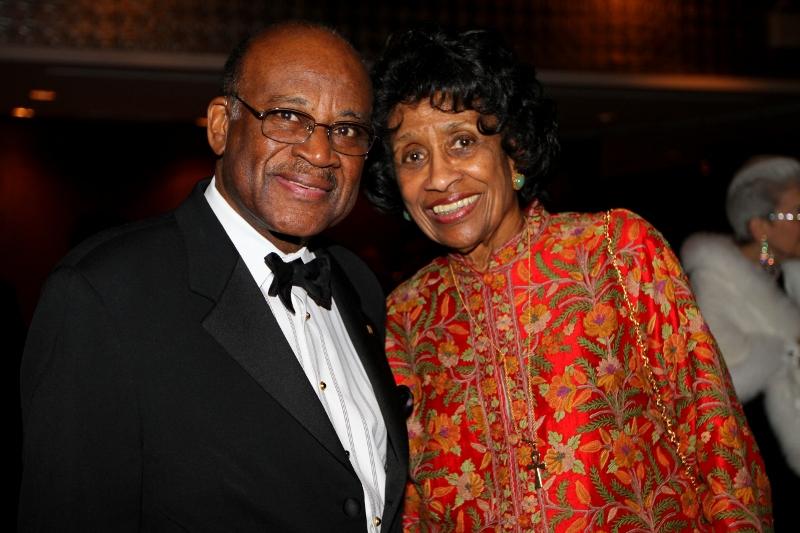 May 19, 2021 — In recognition of the outstanding leadership and remarkable work of the late Dr. Kenneth A. Forde ’59VPS and his wife of sixty years, Kareitha “Kay” Forde, the Columbia Trustees established an endowed professorship in the Department of African American and African Diaspora Studies. Renowned scholar Steven Gregory, Professor of Anthropology, will be its inaugural incumbent. This professorship will propel the new department forward at this crucial moment in race relations and Black identity.

Dr. Forde was one of the University’s first African American surgeons and Trustees, a remarkable Columbian who was named the José M. Ferrer Professor Emeritus of Clinical Surgery at the Vagelos College of Physicians and Surgeons. He was a pioneer who faced racism even as he excelled in medical school and beyond, becoming a beacon in his field and a mentor and friend to the many surgeons he trained. His distinguished career at the University spanned over 50 years of dedication to medicine. In June 2019, Dr. Forde passed away, and his memory remains an inspiration.

“We are truly honored to announce this visionary professorship with gratitude to our Board of Trustees and, in particular, to the extraordinary legacy of Dr. Ken Forde, one of our greatest Columbians,” said Lee C. Bollinger, President of Columbia University. “The trailblazing and courageous lives led by Ken and Kay continue to inspire us to make our University better and stronger for all we serve.”

Throughout his career, Dr. Forde helped pioneer endoscopy as a diagnostic and surgical tool. His research included working to develop markers of colon cancer, recognizing polyps in cancer development, and promoting colonoscopy screenings for prevention and early detection. Dr. Forde joined the Columbia faculty in 1966 and became a full professor of clinical surgery in 1983. The Kenneth A. Forde Professorship and the Kenneth A. Forde Diversity Scholarship were established in 1996 in his honor at the Vagelos College of Physicians and Surgeons.

In a 2008 interview for the Vagelos College of Physicians and Surgeons’ alumni magazine, Dr. Forde spoke of his exceptional journey at Columbia and in medicine, where he confronted anti-Black racism to care for patients and mentor students, especially those of underrepresented identities.

“I hope that I have demonstrated my love for my fellow man by trying to be as informed as I could. But more than that, I hope I helped others. I have always thought that if I inspired even one person along the way it would make it all worthwhile,” said Dr. Forde.

Dr. and Mrs. Forde always looked for ways to mentor students and help them find success. For years, they opened their home to international students, often hosting them for extended stays. In addition to Mrs. Forde’s support for generations of Columbia students, she served as Dr. Forde’s constant partner in his work. When he was the editor of Surgical Endoscopy, she assisted behind the scenes, gathering, screening, and researching the articles. Mrs. Forde was active on the Board of Governors of SAGES, the Society of American Gastrointestinal and Endoscopic Surgeons, which Dr. Forde co-founded. In her early life, Mrs. Forde trained as a nurse in England, returning to New York to work in hospitals—including at Brooklyn Jewish Hospital, where she held a leadership position.

Inspired by the Fordes and their lifelong dedication to helping others, the Columbia Trustees resolved to create a new professorship. “Ken was a giant among Trustees. His judgment, counsel and love for Columbia set a high bar for all of us. As Chair of Health Sciences, his leadership saw the Vagelos College of Physicians and Surgeons and the Columbia University Irving Medical Center achieve new heights. And he did not shy away from issues of race, racism, equity and inclusion, sharing stories from his life and advocating for others,” said Trustee co-chair Lisa Carnoy. “When Ken passed, there was a groundswell among the Trustees to do something in his and Kay’s honor and support our new department in African American and African Diaspora Studies.”

Columbia University created the Department of African American and African Diaspora Studies in 2019 to bring a fresh approach to the discipline at a crucial moment in race relations and Black identity in society.

“Now, more than ever, our nation and our world need an understanding of Black history,” said Farah Jasmine Griffin, the Chair of the Department of African American and African Diaspora Studies. “I am delighted that this professorship recognizes Dr. Forde, a groundbreaking leader in medicine and in African American history at Columbia, by deepening Black scholarship at this timely moment.”

Steven Gregory’s research focuses on the intersection of race, class, gender, and other socially ascribed differences in the formation of political subjectivities, social hierarchies, and urban-based social movements. He has been at Columbia since 2000, and is currently completing a fourth book, The Valley & the Acropolis: Power, Spatiality, and the Politics of Knowledge, an historical ethnography of gentrification in Harlem and Washington Heights.

“I am honored to hold this professorship reflecting the trailblazing journey of Dr. Kenneth and Kay Forde,” said Gregory. “Such an appointment promises to help broaden and enrich our collective, underrepresented knowledge of African American and African Diaspora Studies.”

Editor’s Note: Columbia University is saddened to report the September 2021 passing of Professor Steven Gregory, the inaugural Dr. Kenneth and Kareitha Forde Professor of African American and African Diaspora Studies. We mourn the loss of Professor Gregory, and invite readers to learn about his legacy here.