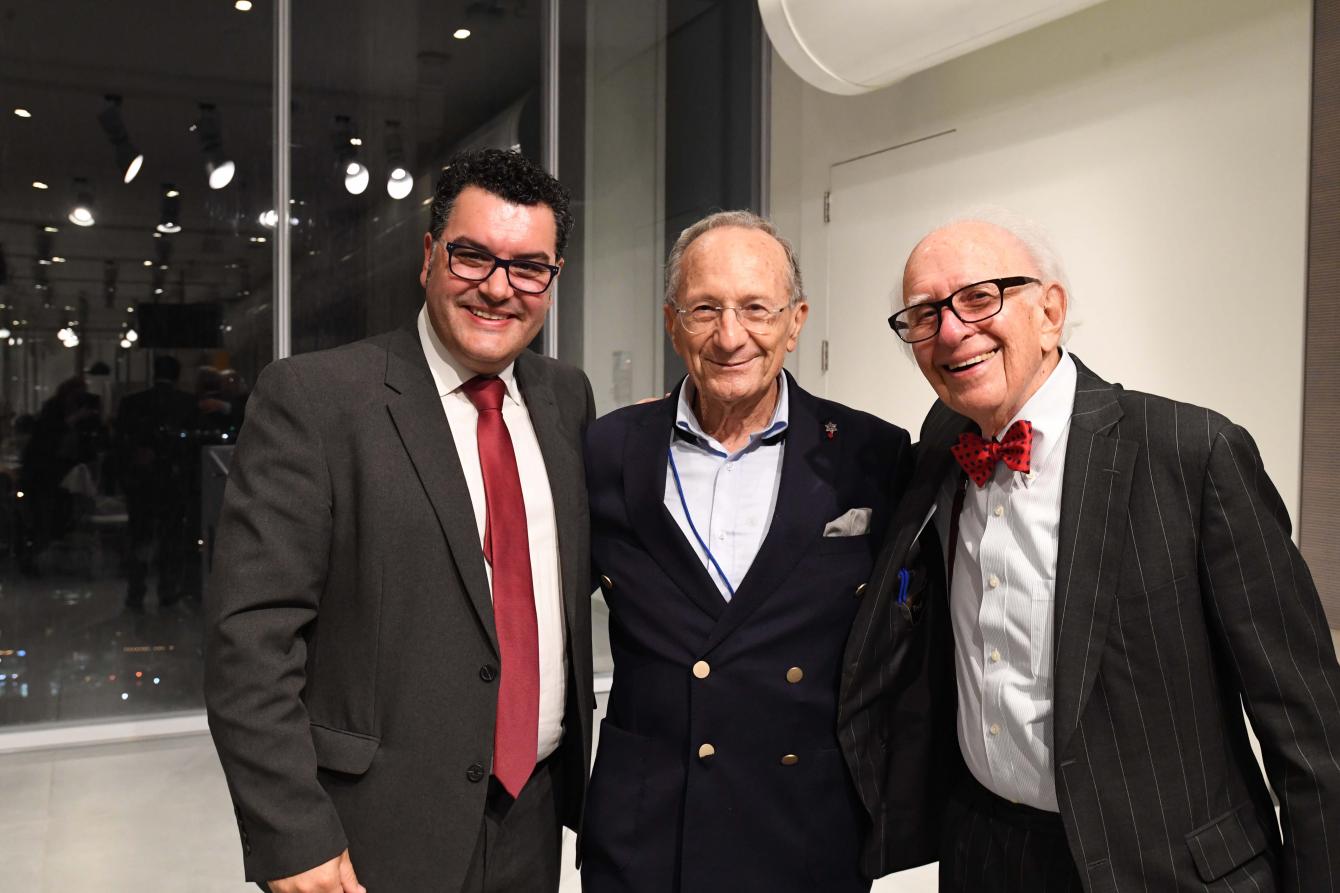 March 24, 2021 — Columbia University announced today another major step forward in advancing neuroscience: the establishment of the Sagol Professorship of Brain Science and the Sagol Brain Longevity Program at the Mortimer B. Zuckerman Mind Brain Behavior Institute.

The new Sagol professorship and program are both funded with an endowment gift from the Israeli business leader and philanthropist Sami Sagol, who has focused his overarching support on basic science research that explores the biological factors associated with extending the healthy lifespan.

“Sami Sagol’s global and collaborative vision for advancing brain research is perfectly aligned with the mission and spirit of the Zuckerman Institute,” said Lee C. Bollinger, President of Columbia University. “Thanks to this outstanding gift, Columbia’s neuroscientists will have the opportunity to engage in forward-thinking and collaborative research that will bring us one step closer to uncovering how the brain works at all stages of life and making breakthroughs that improve brain health and longevity. For decades to come, scientists will follow the trail blazed by this gift and by our dear mutual friend, Eric Kandel, the Institute’s co-founder, the new Sagol Professor, and one of the greatest scientists of our time.”

The Sagol professorship invests in expertise at the Zuckerman Institute, a leading interdisciplinary hub for neuroscience, whose researchers use diverse perspectives to understand the fundamental principles of brain function in health and disease. The Sagol Brain Longevity program will catalyze new research at Columbia and partnerships with scientists in Israel aimed at understanding how the brain works throughout life at the molecular, cellular and circuitry levels in order to try and improve the longevity of a well-functioning brain.

“I am committed to helping scientists deepen our understanding of the brain to better treat and prevent illnesses and prolong healthy brain aging,” said Sagol. “I am delighted to do so at the Zuckerman Institute, given the caliber of its faculty. I can think of no better inaugural chair than Eric Kandel, one of the world’s foremost neuroscientists and co-director of the Zuckerman Institute, whose pioneering discoveries have influenced my passion for the field and laid the foundations for our current understanding of memory.”

Sagol is well known in Israel as a champion of brain research. He is the founder of the Sagol Neuroscience and Longevity Network, a network of schools and research centers in leading academic and medical institutions throughout Israel that promotes interdisciplinary projects, laboratories, and technologies, making Israel a leader in the life sciences. Sagol has recently expanded the Network’s footprint into the US, where he made a gift to MIT to establish a series of multidisciplinary collaborations with the Weizmann Institute. Now, the newly created Sagol Brain Longevity Program at Columbia’s Zuckerman Institute will further extend the influential reach of the Sagol Network by supporting research exchanges between scientists in this network and those at Columbia.

“From the moment Sami and I met, it was clear to me that he is an exceptional leader and a generous philanthropist truly dedicated to the future of research on the aging brain,” said Kandel. “I am constantly impressed by his deep knowledge and foresight to catalyze investigations into such a critical subject in neuroscience—it is sure to have a tremendous impact on the Zuckerman Institute’s quest to understand mind and brain across the lifespan.”

Sagol’s generosity and vision have contributed to Israel becoming an international beacon for advanced research in the field of neuroscience and the study of aging and brain longevity in particular. Through this gift to the Zuckerman Institute, Sagol has expanded the global reach of his philanthropic commitment to this formidable topic in life science.

“The Zuckerman Institute is deeply grateful to Sami Sagol for helping advance the study of brain longevity, a priority area at the Zuckerman Institute,” said Rui Costa, director and chief executive officer at the Institute. “As our population ages, this gift will encourage transformative research in brain aging, with the hope of better, longer lives, with healthy brains.”

The Zuckerman Institute was made possible by a transformational gift from New York philanthropist and business leader Mortimer B. Zuckerman, who said at the Institute’s 2012 launch, “At its root, this is an investment in accomplished scholars whose collective mission is both greater understanding of the human condition and the discovery of new cures for human suffering.”

Housed in the state-of-the-art Jerome L. Greene Science Center on the Manhattanville campus, The Mortimer B. Zuckerman Mind Brain Behavior Institute at Columbia University brings together an extraordinary group of world-class scientists from across the University with the objective of transforming our understanding of the mind and brain.